Declaration: “Africa, Remember Who You Are”  for Africa’s Liberation and Restoration

The Coalition for Africa’s Liberation and Restoration (CALAR), urges Africans on the continent, in the diasporas, and friends of Africa all over the world to wake up and claim their rights and dignity and protect their heritage from organized criminal agents. The Declaration “Africa, Remember Who You Are” calls on all to work to put an end to practices that bleed Africa, and subjected Africans to all forms of indignities at home and abroad over the past five hundred years, while their heritage is turned over to strangers.
Read and SIGN the DECLARATION, and download the Africa Renewal Prayer.

White Father: “To accompany the process of democratization of the D.R. Congo in order to build a new society”

“The challenges to be undertaken for the Democratic Republic of Congo are clear: the population must be accompanied so that, starting from a conscience towards justice and one’s neighbor, it becomes able to live in peace, in order to build a new society.” This is what Italo Lotti, a priest among the White Fathers (also called Missionaries of Africa) who for forty years worked in various areas of Congo, said in an interview with Agenzia Fides,  reiterating the central role played by the Congolese Church in the process of democratization of the nation. Read more.

“The protection of minors is an integral part of the Gospel message hence there is need to create a safe environment for them, giving priority to their interests”, said the Archbishop of Blantayre, Malawi, Msg. Thomas Luke Msusa, addressing the African Bishops during the SECAM meeting, (Symposium of Episcopal Conferences of Africa and Madagascar). Yet, child trafficking, child labour and the issue of child soldiers continue to persist in many parts of the world, despite laws against it, according to Fides News Agency. Read more.

Asylum seekers from Sudan and Eritrea wait in line to enter the Ministry of Interior in the city of Bnei Brak, in order to renew their temporary visas or submit their asylum requests.

For millions of African migrants and their families – like others worldwide – moving to another country offers a chance for a better life with benefits extending to future generations.
Yet beliefs about international African migration are rife with misconceptions that have become part of a divisive, misleading and harmful narrative.
More and more, migrants in destination countries have become victims of violence, xenophobia and other forms of abuse due to faulty thinking and often inaccurate information about migration. Read more. 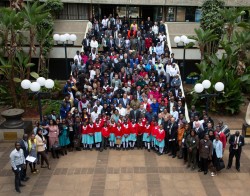 Young People committed for the care of our common home meets in Nairobi on the forth anniversary of the Encyclyclical Letter Laudato Si’ and celebrating its fifth anniversary, at the Conference « Laudato Si’ Generation: young people caring for our common home »,  from 15-16 July, 2019.
Approximately 270 people participated in the gathering, coming from about fifty countries – mainly from Africa. The event had a special focus on the African continent, although there were also speakers from other continents. Many of them were  young people (many of them members of CYNESA) often involved in the management of ecological projects (farms, forestation, energy saving and use of solar energy, …) in their respective dioceses or congregations. Read more.

Click on the link to see different charts with data for sub-Saharan Africa.  If the page appears in other language than English, go to the right top corner and click on the language you wish. Once the World Bank page is open, go to the bottom of the page and click on the desired country. Roll over the graph and you will see the details for each year. If you want more details about the chart and the country, click on « detail » at the top right of each chart. Read more. 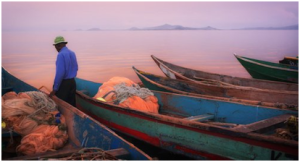